Multiple film festivals take place in the Czech Republic, but Karlovy Vary International Film Festival is by far the largest and most prestigious of them. Hundreds of people arrive to Karlovy Vary each year to watch the rich selection of movies, meet another people who love film and to see their favorite director, actors and actresses in real life. The festival takes place at the beginning of July each year.

Brief history of the festival
The festival first took place in 1946. From 1956 onward, it was held biannually and switched with film festival in Moscow. The situation changed after the Velvet Revolution, more specifically in 1994, when Jiří Bartoška and Eva Zaoralová took control of the festival and began organizing it. Since 1994, the festival has been held in Karlovy Vary each year and has grown much more popular in the last twenty four years. 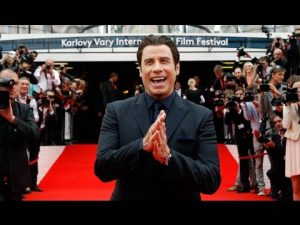 The festival didn’t include competition at first and it served mainly as an opportunity to view multiple films. The competition was created in 1948. Films and their creators can win multiple prizes, most notably the Crystal Globe.
Karlovy Vary International Film Festival is truly international in the best meaning of the word. Not only does it show films from many countries, but it also welcomes international guests and stars. During its long existence, many famous and remarkable people have visited the festival, such as Claudia Cardinale, Robert De Niro, Mia Farrow, Gregory Peck, Miloš Forman, Michael Douglas, Keira Knightley, Helen Mirren, Susan Sarandon, Mel Gibson, Richard Gere, Jean Reno, Uma Thurman, Jeremy Renner, John Travolta and many others. It is therefore clear the festival is thriving and we can expect many amazing things from it in years to come.